Welcome back! I signed off in July saying I’d be back in September, and I swore to myself that I’d be back at the beginning of the month, but I didn’t make it! The other thing that I promised was to return to blogging with the letter ‘N’, and there I can manage to be true to my word.

‘N’, as I said back in July, is for the nativeness principle, which is a term that John Levis brought to light some fifteen years ago. Levis is a lecturer and researcher at Iowa State University (and then some!), and has made numerous invaluable contributions to pronunciation teaching over the past 20 years. In a seminal paper in 2005, he contrasted the nativeness principle with the intelligiblility principle, and suggested that in the past pronunciation teaching had been governed by the former.

To counter this, Levis went on in his paper to detail the intelligibility principle.

The intelligibility principle implies that different features [of pronunciation] have different effects on understanding. Instruction should focus on those features that are most helpful for understanding and should deemphasize those that are relatively unhelpful.

Put like that it seems pretty straight forward, and there is no prize for you guessing which of the two principles I align with. And yet many studies seem to confirm that learners want to sound like native speakers. So what is happening here? Is it that the research evidence of the past twenty years, and the pedagogical principles of experts like John Levis, are out of sync with what learners really want? Or is it that learners don’t see the difference between what they want and what they need (as deemed by pronunciation experts)?

Neither of these questions has an easy answer, but part of the problem may well lie with the notion of native speaker. In the minds of many of our learners, the concept of native speaker pronunciation is associated both with perfection and, perhaps, closure. ‘When I can pronounce English like a native speaker, I will have been successful and will come to the end of my journey as a learner’, the thinking would seem to go. But ask any highly skilled performer in music, the dramatic arts, sport, or any other skills–based human activity, and they will tell you that there is no ultimate achievement of perfection, and that each peak of success serves only to reveal a new, still distant horizon.

In addition, there is quite clearly a great deal of idealisation of the notion of native speaker. When learners say they want to sound like a native speaker, who or what do they have in mind? Is it a real person, a person that they have met and would like to sound like? Is it a real person from the world of cinema? Is it a figure they have dreamt up from watching the video clips from their coursebook? Or is it just a vague notion that learners have in their heads, but which has no real basis in life?

To what extent, for example, are our learners aware that many native speakers are not automatically intelligible outside their own (often small) speech community, not even to other native speakers? Or to what extent are learners aware that where English is used for international communication (ELF or EIL), many nonnative speakers are just as intelligible as many native speakers, and sometimes more so? The work of Larry Smith that I mentioned in ‘A’ is for accent (2) was one of the first pieces of research to evidence this surprising fact, but there have been a significant number of others since then, such as that of Julia Scales and her colleagues (2006).

When Scales set out to analyze the perceptions that English language learners had of different accents, for example, she found that the majority (62%) wanted to sound like a native speaker. However, only 29% of the respondents were able to actually identify the American accent that they had declared was their goal. And in one case a learner from Columbia who had commented that her Asian classmates were difficult to understand, went on to choose the Chinese accent as the easiest to understand in the blind listening task. The native speaker here, then, was a notional ideal, but not a practical reality.

In terms of students’ declared goals as revealed by research, I also have a problem with the way some studies are constructed. Even when a questionnaire is set up with care, the wording can influence the responses. Ivor Timmis, for example, in a very good study of student and teacher attitudes to pronunciation given the context of the increasing globalisation of English (2002), offered respondents two options:

Students completing the questionnaire were asked to say if they would prefer to be like Student A or Student B. Guess which they chose! The ‘but’ in the quotation from imaginary Student B weights the responses, I feel. OK, it could be read as ‘I still have my L1 accent in my English and I’m happy about this.’, but somehow I don’t think that that’s the most likely reading of the ‘but’. Similarly, Levis’ wording in 2005, for example, doesn’t really help the intelligibility principle he clearly supports:

… learners simply need to be understandable.
… communication can be remarkably successful when foreign accents are noticeable or even strong.

Does the choice of being ‘simply’ intelligible appeal to your students? Would they prefer a ‘noticeable’ or a ‘strong’ foreign accent? And will they be pleased to see that listeners judge their communications to be ‘remarkable’ when they are successful (as opposed to normal)?

It’s actually very difficult to find neutral language when it comes to describing accents since accents themselves are far from neutral territory, as I discusssed in my first two posts, ‘A’ is for accent (1) and ‘A’ is for accent (2). And I am not attacking Levis. Far from it – I’m a huge admirer of John’s work, and envious of his contribution to pronunciation teaching. But overall, ELT still seems to carry a ‘default setting’ that is much closer to the nativeness principle than to its intelligibility counterpart.

This native-speaker default setting in ELT, and the urgent need to change it, would appear to lie behind the thinking of the Council of Europe in the CEFR Companion Volume with new descriptors. Referring to the original descriptor, the Companion Volume explains that for phonological control:

… a completely new set of descriptors was developed (see report by Enrica Piccardo). Phonology had been the least successful scale developed in the research behind the original descriptors. The phonology scale was the only CEFR illustrative descriptor scale for which a native speaker norm, albeit implicit, had been adopted. In an update, it appeared more appropriate to focus on intelligibility as the primary construct in phonological control, in line with current research, …

Talk about a ‘mea culpa’. A complete reversal in less than twenty years. But at least the Council of Europe have recognised their earlier error, and the need for change. Not everyone else in ELT can claim that.

Wow! Let’s come up for air. This is the first post after the summer recess and you may be struggling to breath at this stage. So where are we and where have we been? Well, so far I’ve tried to show that:

So, if this is where we are, where should we be heading? Well, that’s for you to decide, but if you agree with the experts on the intelligibility principle, I think you need to start by helping your learners to come off their fixation with nativeness (which, let’s not forget, we and the ELT industry have helped to create). To do that, you need to help them get on board with intelligibility. But not just from a standpoint of intelligibility as ‘simply being understandable’, to paraphrase John Levis. Rather, you need to help your learners to see being intelligible as the true mark of success. It’s already the benchmark of success in most major international exams, as I have been trying to explain in recent webinars and articles, and it is the stated goal of the Council of Europe in the updated CEFR descriptors. Perhaps it’s now time to make it the explicit goal of your teaching and, in time, the goal of your learners’ learning.

Need some help to get started? See the Further reading suggestions below.

One thought on “The Nativeness Principle” 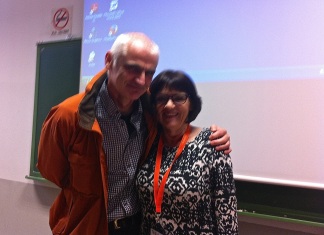 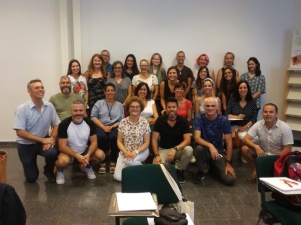 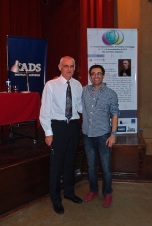 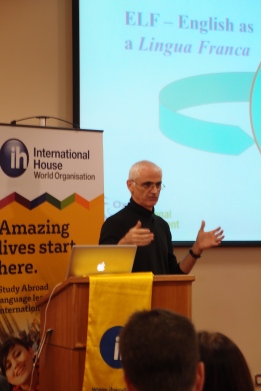 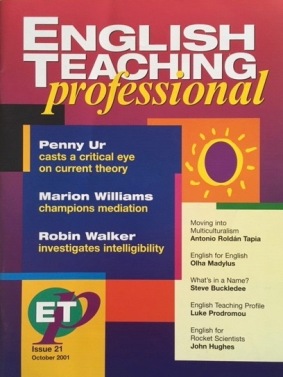 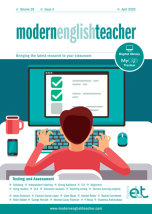 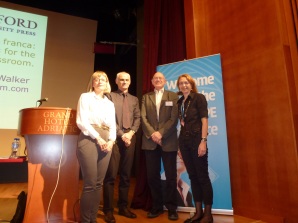 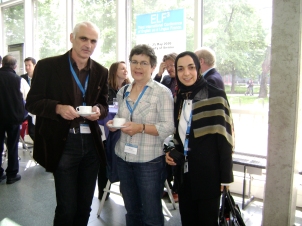 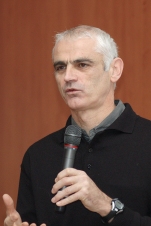 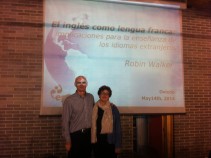 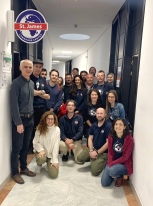 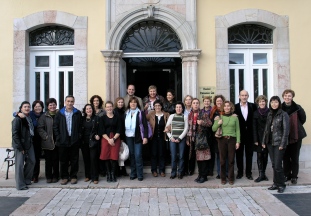 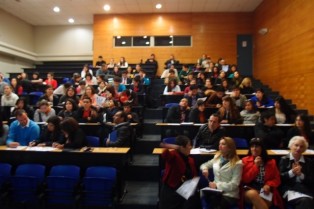 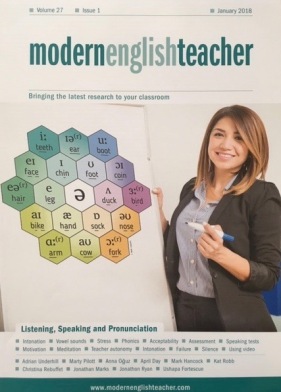 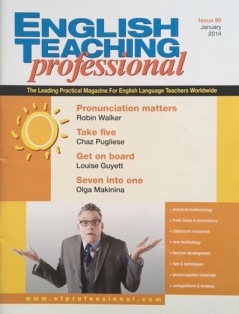 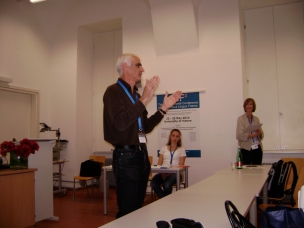 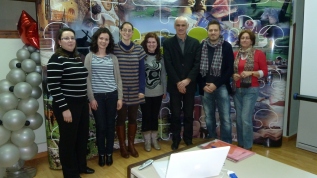 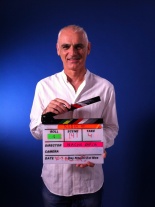 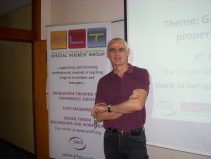 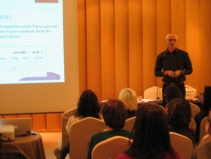 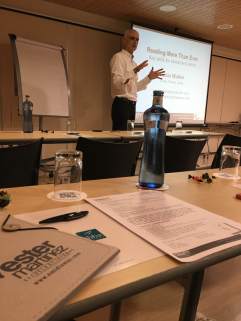 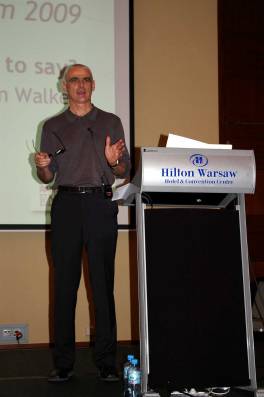