In concluding ‘A’ is for accent (2), my second post in this pronunciation blog, I argued that ‘[a]ccent has given way to intelligibility as the main focus of pronunciation teaching in the 21st century’. A couple of weeks later, I ended the post on comprehensibility by tying accent and comprehensibility to a third term, intelligibility, and then promptly telling you to wait for six weeks for a post on this.

Well, time’s up, so here we go. But as we go, let’s keep three questions at the forefront of our minds:

Question 1. What do we mean by intelligibility?

Question 2. Can we measure intelligibility?

Question 3. Can you teach intelligibility?

Better still, look at the three questions now, try to answer them yourself, and FINALLY, come back here for some answers. Seriously! STOP reading this blog for a moment. Go away, think about the questions, and then, and only then, come back and read on.

Question 1. What do we mean by intelligibility?
Following on from pioneering work in the late 1970s, researchers Larry Smith and Cecil Nelson (1985) situated intelligibility within a three-way construct that also involved comprehensibility and interpretability. In their system ‘intelligibility’ referred to the recognition of words and utterances in the speech flow. That is to say, the listener’s ability to recognise individual words and phrases in a speaker’s utterance irrespective of whether or not they were able to comprehend the meaning of the message that these words and phrases were trying to convey.

Ten years later, Canadian researchers Tracy Derwing and Murray Munro (1995) took a different angle with their three-way construct of intelligibility, comprehensibility and accentedness. At first glance the two systems look quite similar. In practice they’re very different. The way Derwing and Munro use the term ‘comprehensibility’, for example, differs completely from the use made by Smith and Nelson. However, their term ‘intelligibility’ refers to the listener being able to recognise individual words and phrases in much the same way as it did for Smith and Nelson.

Question 2. Can we measure intelligibility?
The simple answer is ‘Yes’. Smith and Rafiqzad (1979), for example, had listeners fill in a text from which every sixth word had been deleted in an exercise very similar to a cloze–test. Derwing and Munro, in contrast, have used a variety of techniques to assess intelligibility over the years, including True/False questions, comprehension questions, and transcription.

Needless to say, whichever of these techniques is employed there are problems in being sure that you are assessing intelligibility in complete isolation from other factors. Sometimes our knowledge of the topic being spoken about can make a word or phrase intelligible when it wouldn’t be to a listener who is new to the subject. Assessing intelligibility, then, is not a clinical science. However, as anyone knows who has ever tried to write down the lyrics of a favourite song or to transcribe a piece of authentic speech, one of the most complete and reliable tests of intelligibility is transcription.

(Want to try a bit of transcription? Here you go. The speaker, Ana Botella, was Mayor of Madrid at the time. She was addressing the International Olympic Committee in September 2013, and was putting forward the candidature of Madrid for the 2020 Games. She started by saying:

Watch her and complete the following two sentences:

I had the chance …

Go on. Give it a go. I’ll put the answers at the bottom of the post)

Because of its evident importance, a lot of work has been done to examine intelligibility both in L1 and in L2 use of English. However, as Joanne Rajadurai pointed out in a review of this work back in 2007, the work done until then was not without its weaknesses. All too often, she concluded:

Despite the above caveats, the results of the research done so far, especially if we include more recent work on the intelligibility of English as an international language or lingua franca, are of undeniable importance to pronunciation teaching since they allow us to steer classroom practice towards this critical goal.

Lack of familiarity with an accent can compromise intelligibility, and there were definitely accents of English that I struggled to understand when I first started listening to the BBC, including native-speaker accents.

But there is enough data from research into intelligibility for us to be able to identify features of spoken English that seem to mark out more intelligible from less or unintelligible speech. The work of Derwing and Munro (2005), for example, points towards a number of factors as being significant in increasing a speaker’s intelligibility. These include:

But perhaps the most significant work on intelligibilty in the 21st century has come from Jennifer Jenkins. In her seminal work on the pronunciation and English as an international language (2000), Jenkins examines intelligibility between non-native speakers and comes up with compelling, empirical evidence to show that some things matter more than others if we want our students’ pronunciation to be as intelligible as possible to as many listeners as possible.

There isn’t space to go into Jenkins’ proposals here, so I’ll start to do that in next week’s post when we look at the the two Js. No, it’s not a comedy duo. It’s a reference to Jenner and Jenkins, the terrible twins of pronunciation teaching for having put the cat in the very midst of the pigeons at the end of the last century. The name Jennifer Jenkins is familiar to us all (or should be) and provokes all sorts of reactions from pronunciation experts around the world, not all of which are complimentary. But the real guilty party, the real fly in the ointment, is, as we shall see next week, Bryan Jenner, the father of the Common Core.

Henderson, A. (2008). ‘Short Course Focus on Intelligibility: What type of progress is possible?’, in Issues in Accents of English, Ed. Waniek-Klimczak E. Cambridge Scholars Press.

I had the chance to speak to many of you in private conversations, and also in our presentations in San Petersburg and Lausanne.

I must say, I’d like to continue our friendship, and frankly, I don’t want this to be our last chance to speak to each other.)

Botella’s speech caused a scandal at the time, and her English was the butt of many jokes and much sharp criticism. However, when I ask people to simply transcribe what she said, they are usually very successful. In my own attempt, I failed to transcribe Lausanne, but that’s more to do with my lack of knowledge of the workings of the IOC than with her pronunciation. In fact, Botella is a very good example of a speaker who despite her clearly limited English and very marked Spanish accent, is more than just intelligible. Intelligibility and accent are not the same thing! 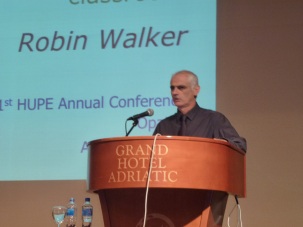 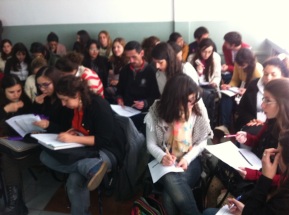 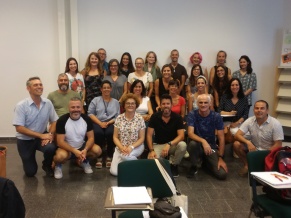 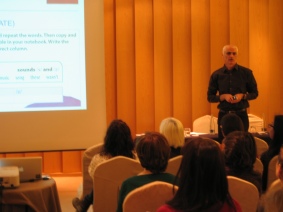 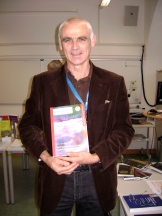 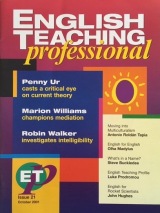